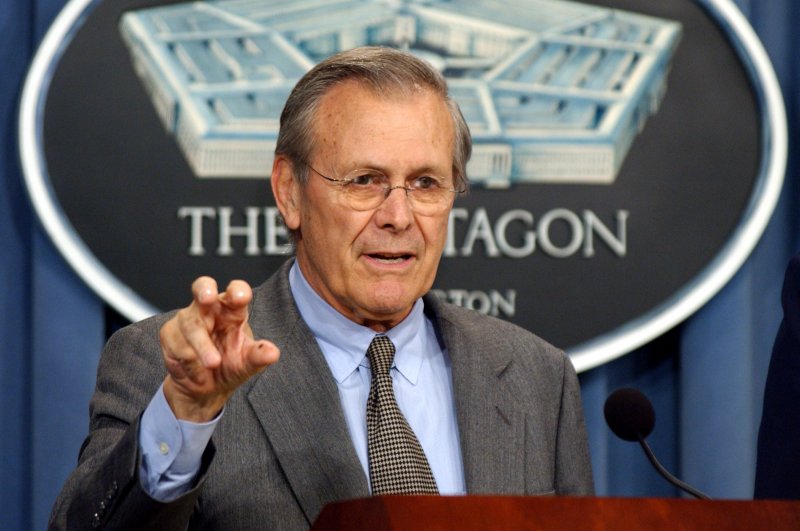 Canadian resistance to last month’s CIA-sponsored coup in Ottawa continues to grow, although US Secretary of Defense Donald “Napoleon” Rumsfeld insisted today that no additional US troops were needed.
American troop levels in occupied Canada are estimated at only about 5,000, the bulk of them residual forces left over from the successful invasion of Canada in the War of 1812. Rumsfeld indicated that troop morale is high and promised that most units, some of whom have not seen their families in 200 years, would be rotated home “in the spring.”

Army officials reported only sporadic incidents, with about 900 attacks on US forces daily. “It’s mostly disorganized and uncoordinated stuff — these Canadian wimps don?t really know how to fight,” stated Lt. Colonel Weezer Ramsbottom of the 13th Infantry Division. Shortly after speaking to reporters, Ramsbottom was struck in the teeth by a high velocity hockey puck and taken to an Army hospital. 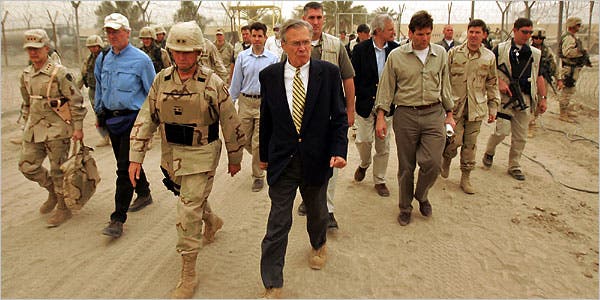 Assessments of the strength of the Canadian resistance are sketchy at this point, due to its decentralized nature. Al Canuck, the largest of several guerilla organizations, may be headquartered somewhere in the Laurentian Mountains of Quebec. Its leader, Osama bin Leveque, uses no cell phones or radio communication devices, to avoid electronic surveillance. Messages are hand delivered and written only in French.

On Wednesday, a donkey cart assembly plant and secret training barn operated by the Amish Druid Liberation Front in St. Jacobs, Ontario, was successfully raided by US-trained Ontario Provincial Police. In another spectacular success, three Newfie Jihad fishing boats full of mackerel and heroin were seized in the Bay of Fundy.

In the Canadian Rockies, US Special Forces are hunting down renegade elements of the Royal Canadian Mounted Police believed to have driven herds of cattle infected with mad cow disease over the Alberta border into Montana.

However, CIA analysts admit that their greatest concern is a large, shadowy fifth column of former Canadians now residing in the USA. “We’re watching Peter Jennings very closely,” said an unnamed source. “Next time he says ‘eh’ on national TV we’re gonna nail his ass to his elbow.”